After revealing unprecedented demand for Proportional Representation from the Labour Party membership at last year’s annual conference, the Labour for a New Democracy (L4ND) coalition has stepped up campaigning across the whole labour movement. Over the last year we’ve seen dramatic progress amongst affiliated trade unions. The case for electoral reform across the entire Labour family, left to right, north to south, trade unionists to members, has never been more clearly heard or more strongly supported.

Over the same period, while the campaign has continued to operate as a coalition, the Labour for a New Democracy team has moved to be formally hosted by Labour Campaign for Electoral Reform (LCER) – the electoral reform organisation by and for Labour members and affiliates. With less than two months until Liverpool, we take a quick look back at the progress we’ve made, the impetus we’ve built since the 2021 conference and what we might expect from #Lab22.

WHAT A DIFFERENCE A YEAR MAKES… 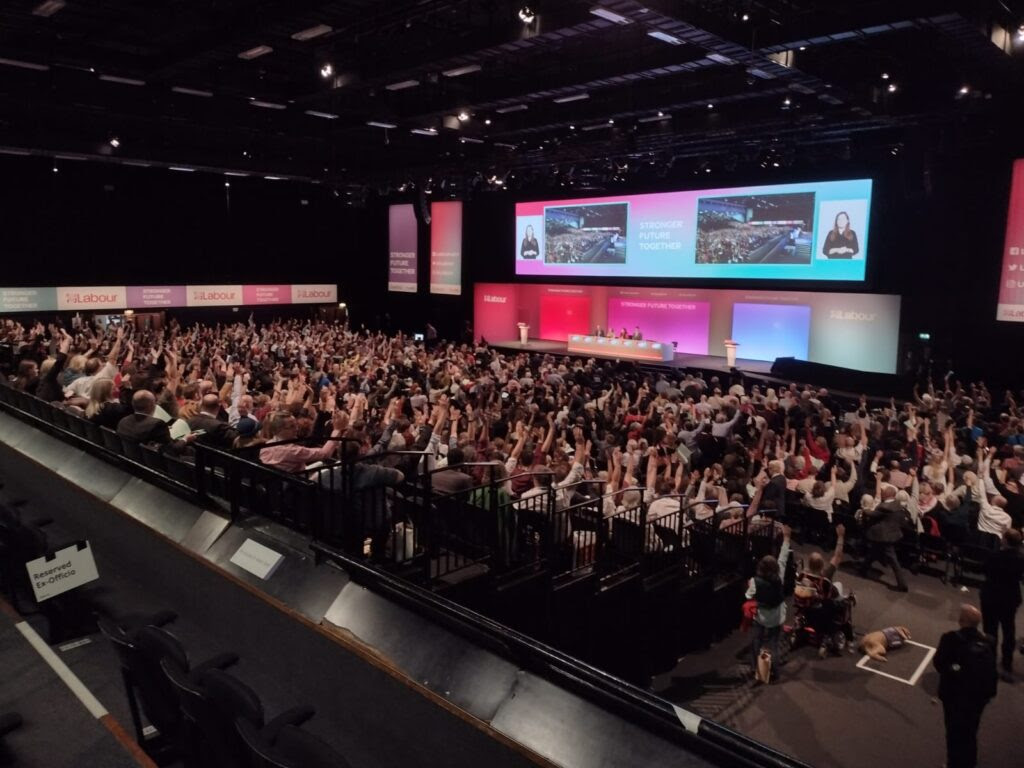 The 2021 Labour Party conference proved beyond doubtthat the Labour membership is fully onboard with Proportional Representation for the House of Commons. Not only are the overwhelming majority of party members in favour – but for many it is one of our highest policy priorities: the critical means not only to improve our democracy but also to unlock so many of the other positive changes we want to see in society.

The Labour for a New Democracy coalition – made up of ten organisations – coordinated a focused and energetic campaign involving thousands of members and reached hundreds of Constituency Labour Parties. Over 150 CLPs sent motions on PR to conference, the issue was the second highest priority of local parties, and an unprecedented 80% of CLP delegates voted for the motion.

At that stage we didn’t yet have enough support from trade unions to win the vote – but the sheer scale of members’ support undoubtedly helped create the space for trade unions to go on to have the debate about our broken democracy and how it can be fixed. By the end of October, Unite had held its long-delayed policy conference and voted to reject First Past the Post and support electoral reform.

In April, the Communication Workers Union (CWU) conference unanimously carried a motion slamming First Past the Post as “an undemocratic election process” and establishing a forum to set the union’s policy on Proportional Representation. The motion was a clear recognition of how broken our First Past the Post voting system is – and a further indication of the shift taking place among affiliated trade unions. Unison voted to support PR in June, with Labour Link committing to actively championing the policy in July.

Then, in June, three more trade unions came out in favour of PR. Two of them – UCU and Prospect – are not affiliated with the Labour Party. But although not affiliated, many of their members are Labour supporters, and it was great to see each pass policy based on the model motions we and trade union campaign Politics For The Many have been promoting.

The third, Unison, is one of Labour’s largest affiliates. The vote was decisive – with at least 80% of delegates supporting the motion at their National Delegate Conference. Since then, Unison’s Labour Link political fund – which manages Unison’s dealings with Labour – voted to actively promote this policy within the party.

Unions’ policy positions often come down to a fifteen minute debate and a vote involving a couple of hundred delegates – but getting to that point takes months of work by members and branches all over the UK. Politics for the Many and L4ND worked together to link up, support and motivate individual members of key unions to help get them to this tipping point. A majority of Labour-affiliated trade unions now support changing the voting system,  whether this is calculated by individual unions or by total affiliation figures.

The task now is to return to Labour conference and finish what we started last year.

Even if your CLP has already decided to send a different motion to conference, or if it already supports PR, it’s important to still get the motion passed in principle to keep the pressure up. To get PR on the conference agenda, we’ll need CLP delegates to vote for electoral reform as one of their six chosen topics in the “priorities ballot”. If we can get a motion to the conference floor, we have significantly more union support than last year – so let’s push for the best possible result!

Like last year, we’ll be running a delegate operation at conference: briefing and coordinating delegates, providing guidance and materials, liaising with stakeholders, holding fringes, distributing merchandise, running the stall. If you want to get involved…

And finally, if you’re not already a member, don’t forget to join Labour Campaign for Electoral Reform! The L4ND coalition is going from strength to strength – and the staff team are proud to now be formally hosted by LCER. There’s no better way to strengthen Labour’s long-term support for democratic reform than by joining LCER as a paid up member. 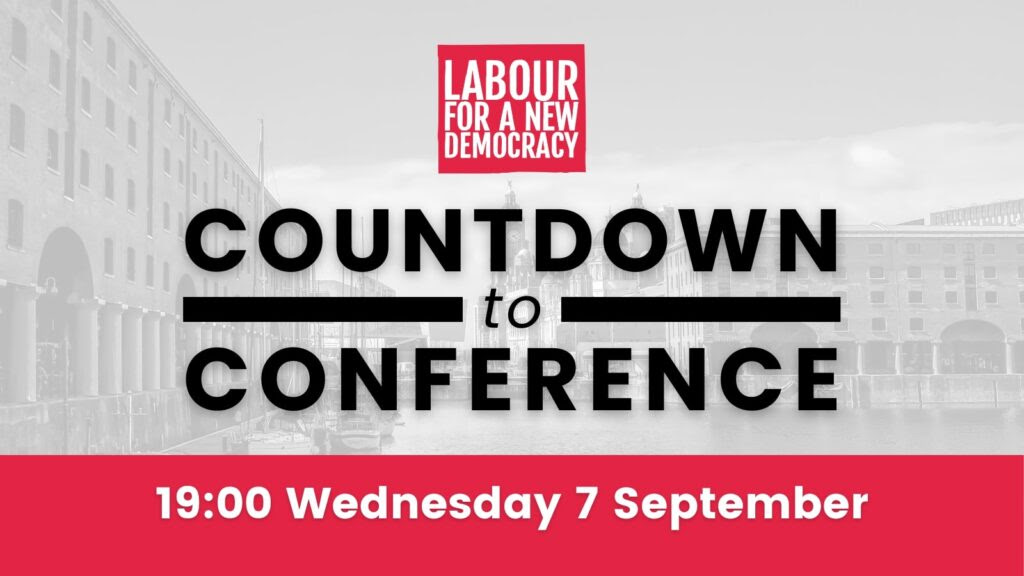