The Winerack building is at last free of scaffolding, dust-sheeting and its crane.  The Hold near the University is making rapid progress.  The old Maltings building at Princes Street bridge is now unveiled as prestigious new office suites.  We are beginning to see a new dynamic Ipswich growing out of the areas of dereliction left over from our industrial past.  There’s a long way to go, of course – we know we’ve only just started and the potential is enormous.  Ipswich is an exciting place to be.

Last Saturday Ipswich Town won the first match of the season in League One, and tomorrow I feel confident that our team can win its first home game of the season too.  I will be using my season ticket whenever I can so I can cheer on Town until we’re back in the Championship.  That’s just the start too, of course – we can and will be in the Premier League again in football just as much as economically and culturally.

Normally MPs get roughly half their time in their own constituencies and half in Westminster but this year has been very different. Brexit is not over yet of course, and whatever happens in October I do not believe we will be clear of the difficult decisions and the need to deal with the consequences of those decisions for many months to come.  But I need to have time in August to spend listening to residents, raising issues with the professionals such as education for children with special needs or access to surgery at Ipswich Hospital, and learning about the concerns that people want me to raise with the Government.

However, the main role of an MP is to help improve the government of the country, on behalf of the constituency they represent.  As an opposition MP, that is about holding the current government to account, and challenging them to produce better laws and administration, and I’ve been proud to have the opportunity to do that this year in the areas of animal welfare and agriculture.  But it’s also about preparing for the next government, so that when the next General Election comes we can offer you a clear and better alternative to the current government.

That’s why I decided it was important for me to see for myself some of the steps we are taking – or not taking – in dealing with our waste here in England, and the best way to start was to visit somewhere that they are getting it right.  So last week I visited Wales where the Welsh Assembly – run by Labour – is responsible for waste and recycling and where they are way ahead of us and improving rather than going backwards.

I visited an incinerator/Energy-from-waste plant under construction in Avonmouth, and a relatively new one that is up and running in Cardiff.  I met recycling communities in the Gower peninsular, visited a very successful reuse shop, spoke to a small business making prestige products from recycled plastic, and discussed the challenges of moving away from plastic bottles with a village shopkeeper.  The highlights of the trip were seeing how the waste in Newport is collected already-separated, which they insist is better value for money and enables more of the materials to be recycled, and visiting a nappy-recycling plant.  How glamorous is that?

However difficult Brexit turns out to be to resolve, it is not the most important issue facing us.  We have got to deal with the Climate Emergency by reducing our carbon emissions, and an important part of that is cutting down on our waste and dealing better with the waste we can’t avoid.  There is no good reason why England should not be up there with the lowest waste and highest recycling countries in the World.  I don’t believe we can do it without government determination and action, though.  The Welsh government decided that they would join together with the local authorities to build a waste recycling and disposal system which works for everyone in Wales, not just leave the individual local authorities to manage as best they can, or leave things to market forces.

We need a government which believes in intervening to support our councils in England too, to preserve our environment, and to invest in our futures and the future of our planet.  That’s why I think Labour’s position on waste and recycling will really matter when we come to the next General Election. 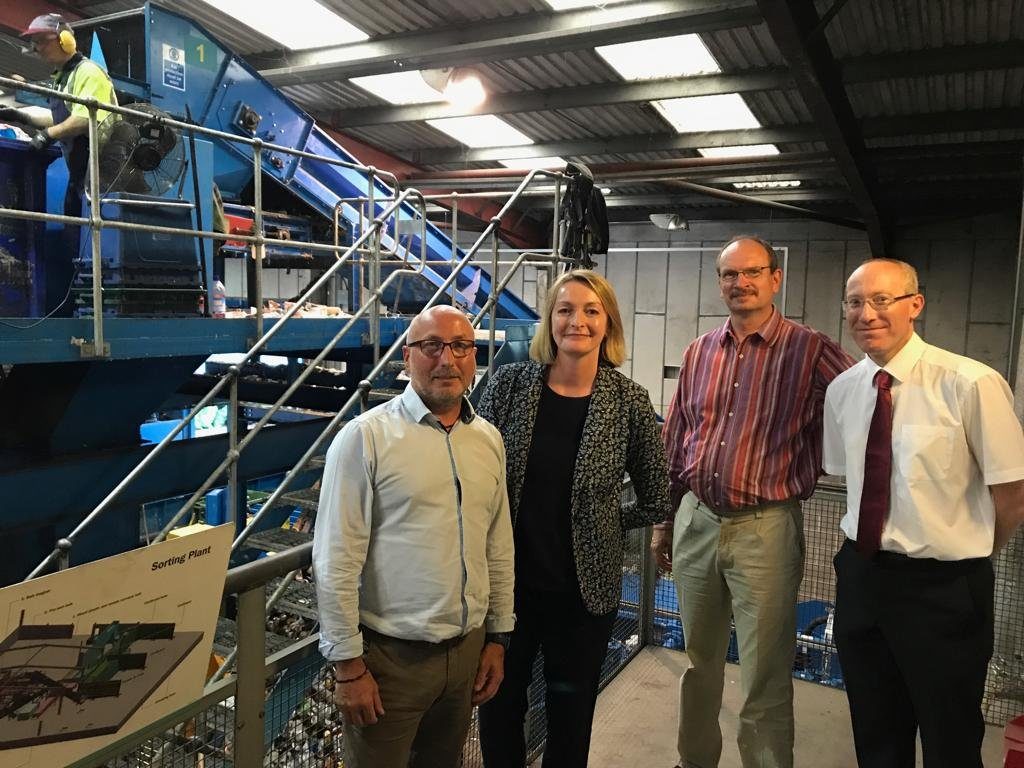