I do understand that Abellio bid for the Greater Anglia franchise on the basis of these astronomical fares, but that is not the fault of the passengers, it is the fault of the whole franchising system.  I do not see why my constituents should be penalised by a system of privatised rail delivery which does not treat Ipswich people fairly.  I will continue to work with Greater Anglia to do everything I can to help improve our rail services, but what I will not do is accept that the present price structure is fair.

It is way beyond time that the Highways Agency should have found ways to reduce the closures of the Orwell Bridge, and improve the situation in Ipswich when it closes, too. I am calling for serious efforts to reduce closures by wind, make the closures for maintenance less disruptive, and find better diversions for those times when the bridge does have to close. And I am also calling on the Highways Agency to join me in calling for a North Ipswich Bypass, as that would be the best diversion of all. The Conservative MPs in Suffolk are opposing it, the County Council is now sitting on the report, and the Government has repeatedly refused to meet with me to discuss it. I am not going to let this issue be kicked into the long grass – it is essential for the future of Ipswich that something is done.

I point out the dangers for food and environment safety of missing important regulations when we leave the EU.

I flag up Pesticide dangers if we leave EU without a deal and are pressured into a hasty deal with the USA.

I raise the issue of underfunding for SEND pupils in Suffolk schools – the Government and the County Council are failing our children:

I point out that the Conservatives may well not be in government when their so-called promises of extra money for schools are meant to kick in – #magicmoneytree :

Peter Aldous MP agrees with me that there is no longer any effective planning for education under this government: 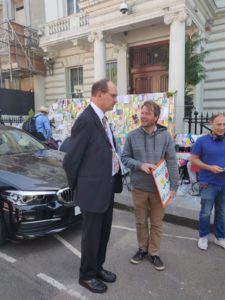 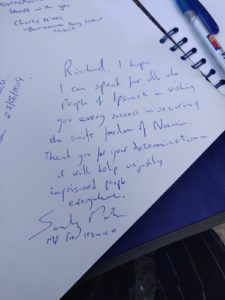 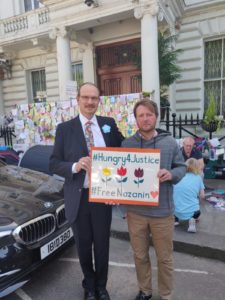 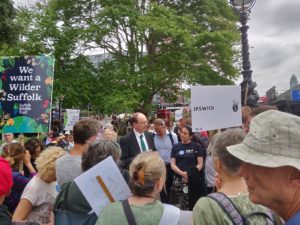 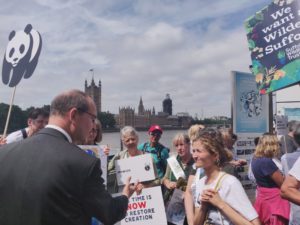 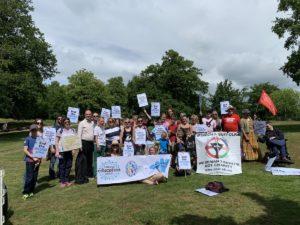 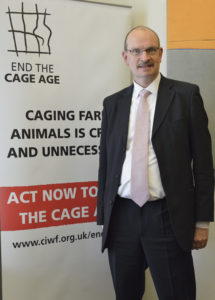 Please follow this link to read my speech or watch it here.

“That this House is shocked and saddened to hear of the death of Jerome Rogers, a young bicycle courier who, after being aggressively pursued by bailiffs, felt driven to take his own life; notes the evidence from Citizens Advice of poor treatment at the hands of bailiffs across the UK; considers that the 24% increase in the number of bailiff issues since reforms to the bailiff industry introduced in 2014 demonstrates that these reforms have not worked; further notes reports of enforcement agents acting inappropriately towards Citizens Advice clients, refusing offers of payments, entering homes when they ought not to and charging disproportionate or inappropriate fees; recognises that people who are visited by bailiffs are disproportionately likely to be vulnerable, with half living in social housing, one in three having a long term health condition or disability, and more than a quarter being single parents with dependent children; and calls on the government to institute fundamental reform of the sector through the introduction of an independent bailiff regulator and an independent complaints process.”

I will join the Great East Run half-marathon on Sunday 16 September, to raise money for the Ipswich Housing Action Group (IHAG). The regional half-marathon for East Anglia is again being run in and around Ipswich, and I am proud to be able to take part. I have never in my life run 13 miles and so the whole prospect is a little bit scary, but with the good wishes of all those who want to help the homeless behind me I know I can complete the course.

A summit of community leaders last year showed that street beggars in Ipswich, and anyone who is genuinely homeless, will benefit more from donations to charities such as IHAG which can provide advice, housing and other essentials, rather than from direct gifts of cash. That is why I am running in the Great East Run in Ipswich on Sunday 16th October in support of IHAG, and am asking you, if you want to help the homeless in Ipswich, to pledge your support by accessing my Local Giving page at https://localgiving.org/fundraising/sandysrunforhomeless.

“That this House notes that across England, 40,000 babies, children and young people with life-limiting and life-threatening conditions rely on palliative care to enhance their quality of life, manage symptoms and provide their families with much needed help and rest; expects demand for children’s palliative care to grow as the number of children with life-limiting conditions increases; is concerned that the funding for services hasn’t kept pace with this demand and has become a postcode lottery; notes the NICE calculation that investing £12.7 million in end of life care for infants, children and young people, would release non-cash savings worth £34.7 million back into the NHS in England; and therefore calls on the Government to increase the Children’s Hospice Grant to at least £25 million per year, which would cover 14% of the cost of the clinical care provided by children’s hospices, equal to the contribution originally made by the Department of Health in 2006; address the funding disparity between children’s and adult hospices whereby children’s hospices currently receive only 22% of their funding from statutory sources, compared to 33% in adult hospices; and put in place a funded children’s palliative care strategy to ensure that seriously ill children can access the care and support they need, when and where they need it, in hospitals, children’s hospices and in the community.”

I try to personally respond to all campaign correspondence within 3 weeks. Below you will find copies of my responses to various campaigns, on subjects as diverse as Childcare Vouchers, Puppy Smuggling and Proposed Changes to Knife Laws.