Ever since I was elected, I’ve made it clear that I will do whatever I can to oppose a no-deal Brexit.  There may be some people in Ipswich who haven’t spoken to me on the doorstep, or looked at my website, or seen any of my newspaper columns, or read any of Paul Geater’s articles, or heard me talking to Mark Murphy on BBC Radio Suffolk, or seen me on Look East or Anglia News or the Politics Programme, but nobody could accuse me of trying to hide my views.  Leaving the European Union without any sort of deal would be a complete disaster for our town and for the country as a whole, and I could not live with myself if I had contributed to that.  I will not do something I know to be wrong to ingratiate myself with those who disagree.

Just tearing up the decision to leave would contradict the votes in the 2016 referendum, and I will have nothing to do with that.  Parliament cannot just change the decision that was taken by the voters – we need the voters to do that.  That is why we must have a fresh public vote in order to finally resolve the issue.  A fresh vote must be on a clear and agreed deal, so that voters will know exactly what they are voting for – unlike last time – and Parliament can then immediately implement the voters’ choice, rather than arguing about how to do so.

Theresa May’s deal said nothing about how we were going to trade with Europe, it just gave her a blank sheet – I don’t believe any opposition with integrity could agree to that.  But we could agree a constructive deal with Europe that gave us the benefits of a customs union and the single market – much like Norway.  If the British people were given the choice of whether to support a deal like that, or to remain in the EU, then I would vote for such a deal in Parliament.  I still believe we should stick with the very good deal we already have as members of the world’s most powerful economic group, and I’ll campaign for that.  But whatever people choose, we wouldn’t be trashing the British economy or leaving people short of food and medicine.

On Wednesday Parliament passed a Bill to make it impossible to leave the EU without a deal.  Johnson was determined to leave on 31 October, “do or die”, but it wasn’t him who would die if he couldn’t get a deal.  There are people who would, though, and many more who would be thrown out of work or see the value of their wages plummet.  The Bill does not prevent Johnson from getting a deal – if he does get one, the Bill falls.  But so far Johnson has done absolutely nothing to achieve the Brexit deal this country needs if it is to leave the EU safely.  Come October 19th, if there is still no deal, Johnson – or whoever else is Prime Minister by then – will have to ask for a further extension until January 31st.

Nobody wants this to drag on and on.  But if the government can’t get a deal agreed by October 19th then it is impossible to avoid a no-deal Brexit on October 31st without an extension.  Three more months would give us time to change the whole approach, and change the government too if necessary, so that we could have a deal by then.

The other vote on Wednesday was on whether we should have an immediate General Election.  If we had voted for a General Election this week, the Bill to prevent a no-deal Brexit would have just disappeared, Parliament would have to pack up and go home, and we could crash out without a deal on October 31st without anyone being able to do anything about it.  It would have been a complete dereliction of duty and left the country without a Parliament at a time of crisis.

We need a General Election – Boris Johnson cannot control his own Party let alone the country – but it would be the height of folly to hold one until we have made sure that we are safe from a no-deal Brexit.  Once that is achieved, and once we have a government that can actually govern, we need to move swiftly to an agreed deal and a public vote so that we can present the British people with a real choice over their future and not the Tories’ game of Russian Roulette. 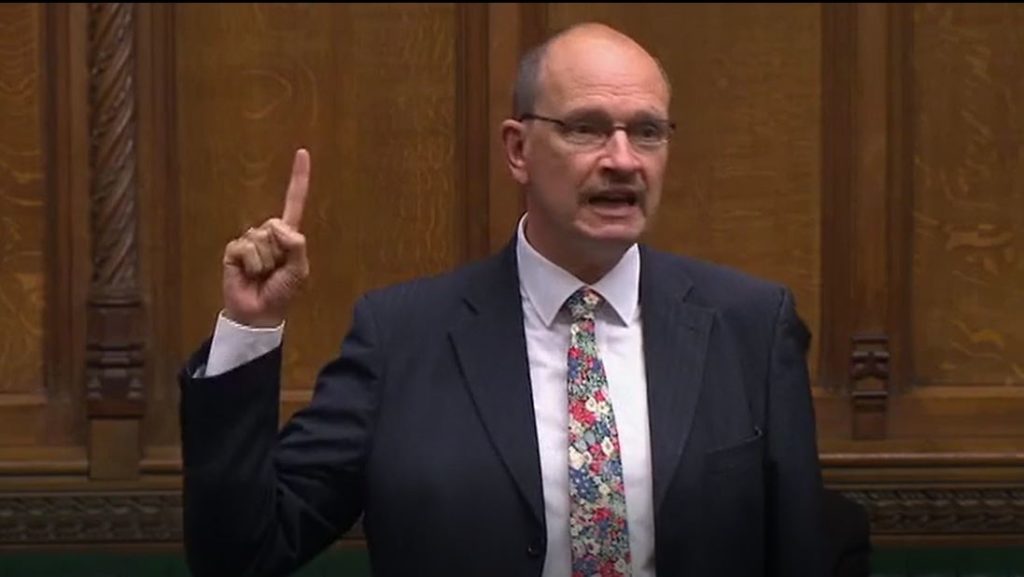